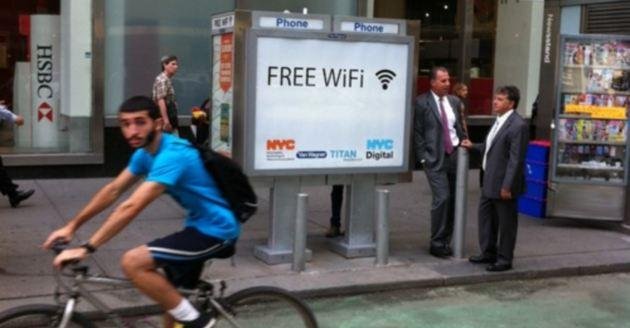 I came across this the other day and thought it was pretty cool.

New York City is starting a pilot program where they will turn pay phones into free wi-fi hotspots. Wi-fi access is free, but users will have to deal with an advertisement before logging in. That’s a small price to pay for the convenience though, in my opinion.

The one thing I thought of is, where will people sit? I’ve never been to New York, so for all I know there is a bench every 100 feet. But even if you don’t find a bench that often, thanks to military-grade antennas, the pay phones will have a range of 300 feet. That should be plenty enough to find a bench, set of stairs or cafe to sit down at to use the internet.

If you’re interested in checking these out, these are the areas that New York is starting with:

The plan is to eventually bring the program to all 5 boroughs.

This is definitely a neat way to use what has pretty much become eyesores or over sized paperweights. It sure beats pulling them out of the ground too. It’d be cool to see other cities follow suit.

What do you think? Would you use one of the pay phones if you needed wi-fi access?